Some would say that Indonesia is already one giant national park, split into thousands of islands. And that’s basically true, but as travelers, we often seek specific goals. And if discovering unprecedented biodiversity and wildlife in its natural habitat is one, then you are more than welcome to Tanjung Puting National Park! It is a massive national park in Indonesia situated in the southeast of West Kotawaringin Regency in the Indonesian province of Central Kalimantan. The closest main city is the capital, Pangkalan Bun. The park is also famous for its strong orangutan conservation and high-quality Orangutan tours.

The stunning geography of the Tanjung National Park is comprised of a massive 416,040 hectares. Within those numbers you will find forests of unique compositions such as peat swamp forest, heath forest, mangrove and coastal beach forest alongside dryland dipterocarp forest. These incredible forests The Kumai River forms the northern border of the park.

Unfortunately, approximately 65% of the park’s primary forest has been degraded and the loss of natural habitat is the ultimate threat to fascinating wildlife and Orangutans. But, there’s always another side of the coin, as Friends of National Parks Foundation, an Indonesian NGO has been working hard to help restore the habitat in various regions of the park since 1997. By traveling here, and coming to the park as a peaceful visitor or a member of one of the Orangutan Tours, you will always contribute to the preservation and a good cause. The extraordinary biodiversity and ecology led to the birth of multiple research centers that have been established to study and rehabilitate orangutans as well as other primates. Camp Leakey, founded in 1971 was the first of these centers.

This is the place where Dr. Birute Galdikas began her career and studies of the behavior of rescued and orphaned orangutans. Not only they were studied and rescued, but also reintroduced into the wild with her being featured on National Geographic later in the future for her works that are unmatched in value to the natural world and orangutans. The Pondok Ambung Tropical Forest Research Station was also established in the park during the year 2005 for the purpose of studying all wild species between the boundaries of the Tanjung Putting National Park.

All of this proves, that the national park is a vast incredible arena, where many call home and critical habitat for dozens of living beings. That includes many creatures beyond orangutans, with species such as sambar deer, gibbons, clouded leopards, sun bears, wild boars and many more inhabiting lush grounds of Tanjung Putting.

And what about those sometimes mean reptiles? From crocodiles to monitor lizards, and pythons, except nothing less than spectacular biodiversity here. The exotic jungle and tremendous wilderness lead to rising of tourism and hospitality. With many people visiting the park from all over the world, for most visitors, one of the largest tropical rainforests on the planet harboring so many wild animals is an unfamiliar and rather extreme landscape. That’s why various tours were born, with a highlight and most popular being the Orangutan Tour. Let it the tour become the focal point of your trip and showcase the park’s glory and incredible beauty, a work of a million years of evolution and nature.

Let all the worries go, as you will cruise and trek through the only natural Orangutan habitat left on Earth.

All tours boast responsible tourism that encourages the protection of the environment, respect for local culture and local communities as well as help and protection of orangutans and other wildlife.

Discover, learn and appreciate our closest relatives by DNA, together with the help of local and knowledgeable guides that will make this journey an unforgettable once you look into those sweet and peaceful eyes of Orangutan. 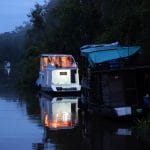 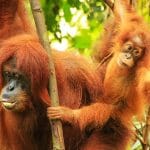 We had a wonderful journey around Toraja area. Our tour guide, Ms Rita, was a well qualified one. We met the driver at the hotel in Makassar and drove through the Toraja mountain.
We took part in a funeral ceremony; it was so impressive. The place where we stayed was so quietful and in a great natural environment. I… Read more “Toraja Tour”

Perfect!!! Everything has been perfect.
The drivers were always waiting me ad the airport, the guides were expert, gentle. the cars were very good.Hotels and flights too. a very interesting mix between nature, culture, religion and traditional uses.
A suggestion.. Bring from your own another sheet for the bed on the borneo’s boat and a jacket for the… Read more “Borneo, java, flores and sulawesi”

Hernan Halim provided an excellent tour of Sulawesi. Comfortable air con car, excellent company, fantastic English and very knowledgeable. I really liked his use of local guides who provided in depth local knowledge. This was particularly great in Toraja- understanding the importance of funerals as well as the complex social networks.
Trips to togean islands and Bunaken islands were… Read more “Trans Sulawesi”

Hernan Halim responded quickly to our info request on the internet. We wanted to travel for 3 weeks in Sulawesi. Unaware of all the possibilities to visit the Togean Islands and the norther parts, we decided on a trip along the coast to Toraja. Hernan proposed a cross Sulawesi trip including the Togean Island and Manage, northern part plus Bunaken.

The best and most reliable local tour company in Indonesia!

My husband and I visited Java the first time in late April to early May 2018 during our 2 week private tour that was fully organised by Hernan at IndoGlobal Adventure, the head office now based in Jakarta. This is the second time we used Hernan’s services. First time we traveled with him to Sulawesi. We were so impressed with… Read more “The best and most reliable local tour company in Indonesia!”

I was looking at several tour operators in Indonesia for Toraja trip and found IndoGlobal Adventure looks promising – the complete itinerary and the owner, Hernan, speaks fluent English. They also replied my email fast. Being an Indonesian myself, my parents were worried me travelling solo. They thought European country would be safer to do so. If you read this… Read more “Wonderful Solo trip in Toraja”

Subscribe for our Newsletter to receive Special Deals and Monthly Promo.

Any cookies that may not be particularly necessary for the website to function and is used specifically to collect user personal data via analytics, ads, other embedded contents are termed as non-necessary cookies. It is mandatory to procure user consent prior to running these cookies on your website.